Heartbleed 2.0? Not exactly but more OpenSSL issues have been found

In the wake of the recent Heartbleed Bug another series of OpenSSL vulnerabilities have been found. Whilst the Heartbleed bug was relatively easy to exploit, the latest batch of bugs are not. However if successfully exploited, there is potential for eavesdropping and traffic manipulation (CVE-2014-0224) as well as running arbitrary code on the vulnerable client or server (CVE-2014-0195).

As explained all vulnerabilities can be addressed by upgrading OpenSSL to the latest version.

Loadbalancer.org take security very seriously and will be issuing a patch shortly that addresses these issues. We have already recently released v7.6 and just released v7.6.1 which both include a series of updates that continue to focus on improving existing features and adding new ones, as well as constantly addressing any security issues if and when they are found.

Update:  v7.6.2 has been released which addresses these vulnerabilities and is available through the usual online/offline update feature. 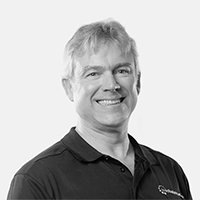 Rob's been with the company since 2010 and helps to maintain the critical link between the Sales, Support and Development departments by providing deployment, testing and documentation skills. He’s also responsible for all Microsoft and VMware approvals and certifications and ensuring ongoing compliance. When not at the Loadbalancer.org offices he enjoys getting out on his boat as well as playing bass guitar.

Read more
Open Source Stunnel X-Forward-For (XFF) with HAProxy and the PROXY Protocol Rob Cooper
When using proxies such as stunnel and HAProxy it's easy to loose track of the client source IP address. This occurs for example when HAProxy is used in it's default configuration to load balance a