Qumulo is the leader in Hybrid Cloud File Storage, providing real-time visibility, scale and control of your data across on-premises and cloud. Qumulo’s real-time analytics enable you to understand your storage at a granular level, detect bottlenecks and accelerate performance. Built to scale across data center and cloud, Qumulo lets you programmatically configure and manage usage, capacity and performance. Qumulo’s innovative approach continuously delights customers with new capabilities, 100% usable capacity and direct access to experts.

Here are a few key benefits:

How to load balance Qumulo

The diagram below illustrates how the load balancer is deployed. The client sends a DNS query for the service FQDN, e.g. qumulo.company.com to the local DNS server. 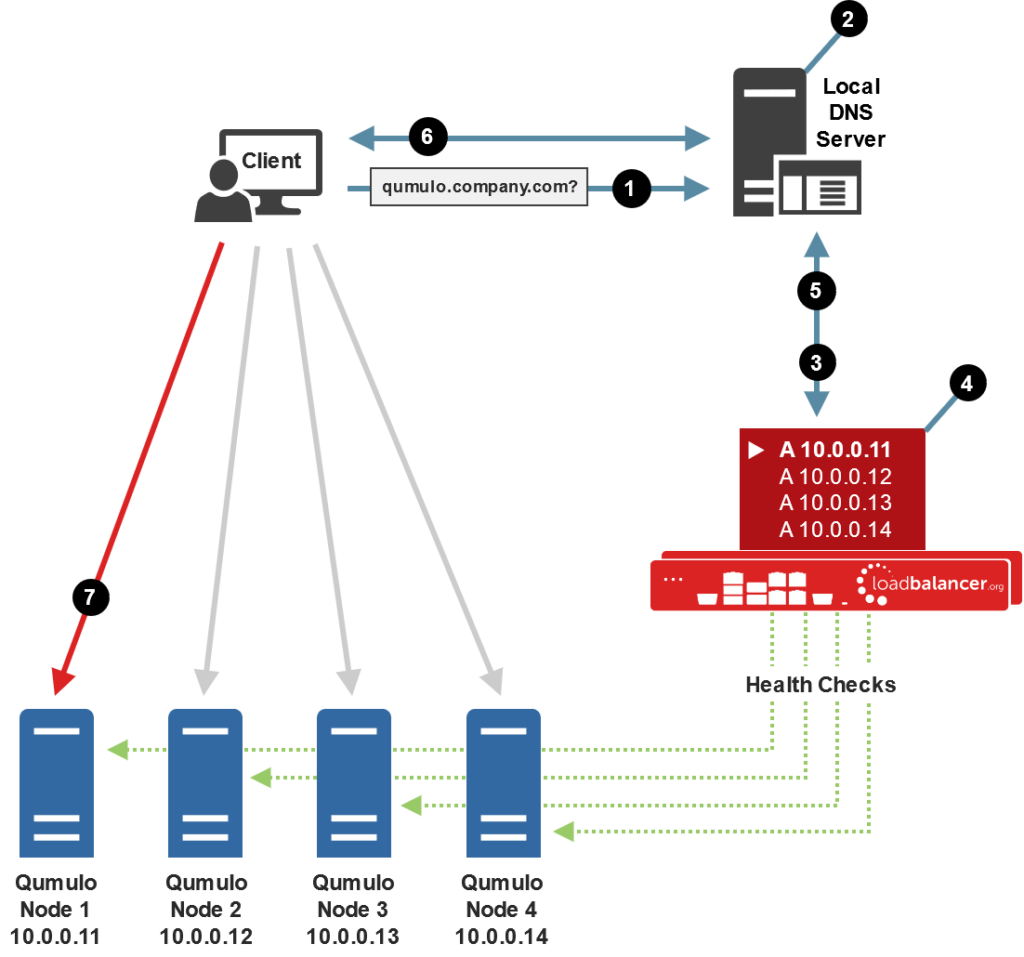 The load balancer can be deployed as a single unit, although we recommend a clustered pair for resilience and high availability. Details on configuring a clustered pair can be found on page 13 of our deployment guide, below.

How load balancing helps to store and protect petabytes of data

The evolving role of load balancers in scale-out NAS environments