Microsoft Exchange Server, the mainstay of Microsoft’s Unified Communications solution has grown beyond being regarded as the standard in business email into a fully fledged communications tool.

Once difficult to manage at scale, the Microsoft Exchange platform has reached a level of maturity. With a simplified architecture, it has evolved to support high availability and scalability by design.

To implement highly available and scalable deployments of Microsoft Exchange Server, Microsoft recommends using a load balancer to distribute the traffic among multiple Exchange servers. Both current and legacy versions of Exchange support load balancing, with a different approach and recommendations dependent on the version you are running. 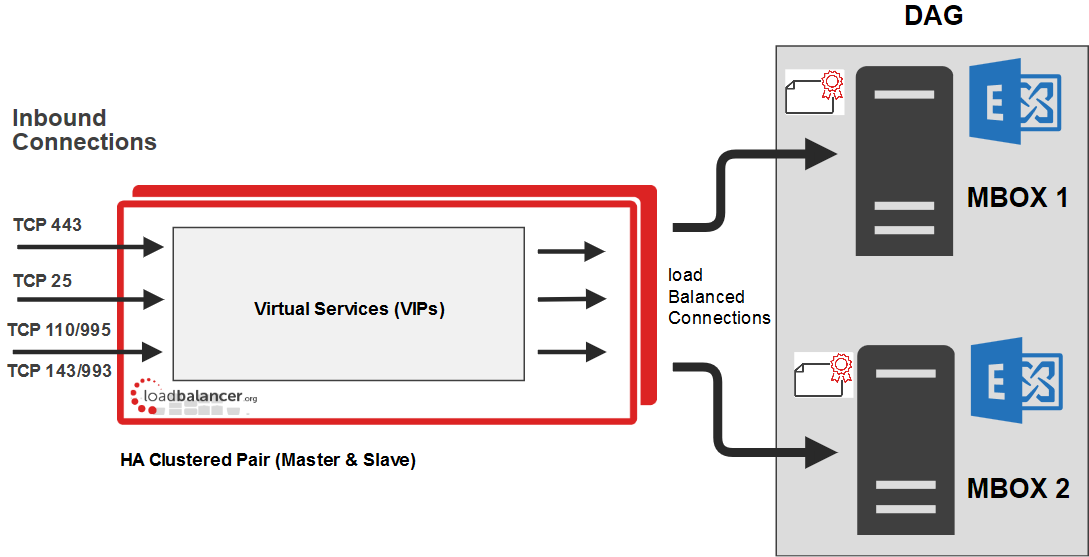 Offering performance without limitations, the best-value hardware load balancer on the market supports any environment. Licensed for unlimited throughput, bandwidth and features, upgrading is seamless if your requirements change down the line.

What parts of Microsoft Exchange do I need to load balance?

Do I need to enable persistence on the load balancer?

For Exchange 2013 & 2016, all sessions to the CAS servers are stateless and therefore persistence/affinity is no longer required on the load balancer. For Exchange 2010, some protocols require affinity and others don’t as detailed here.

Can I offload SSL on the load balancer?

Yes: the load balancer fully supports SSL termination and backend server re-encryption. We usually only recommend offloading SSL at the load balancer if it’s actually a requirement. This is because terminating SSL will always scale better when carried out on the backend real servers as opposed to being carried out on a load balancer: you can simply add more backend servers as required to perform more SSL terminations.
Modes Supported:
Please check the Administration Guide for detailed information.

Can I deploy across multiple data centers?

For a detailed look at deploying across multiple data centers, please refer to this blog.